There was an issue submitting the form.

Please ensure all fields are filled in correctly, or try changing your parameters.

If this issue persists, please try booking by clicking here.

We are delighted to be able to share a collection of original posters from the late Hans Arnold Rothholz, which are now on display throughout our public spaces at The Pilgrm.

Born in Germany in 1919, Arnold Rothholz fled to England at the age of 14 to escape the rising wave of fascism spreading through the country. The visual political propaganda prevalent at the time most definitely made an impression on Rothholz and after leaving school, he began his journey in the arts at Willesden Technical College and then The Reimann School, igniting his lifelong passion for graphic design.

In 1942, he moved to London and started his own graphic design practice. It was at this point that he began to receive commissions for the informative posters Rothholz became known for; starting with designs for the General Post Office Advertising Department followed by work for the Royal Society for the Prevention of Accidents, and London Transport, amongst others.

Rothholz went on to design the 1948 Wembley Olympics programme and subsequently numerous other sporting posters for Wembley Stadium, as well as working on the Dome of Discovery at the 1951 Festival of Britain.

His notable reputation within the graphics world continued to bring him a steady stream of commissions throughout his career, producing graphics for the Lyons Corner House, film posters for Ealing Studios, the check-in counter for El Al airlines at Heathrow airport, and house styles for Winsor & Newton and The Wellcome Foundation to name a few.

He died in 2000 and his archive is held at The Design Archives in Brighton; but for a limited time only, over 30 of his posters can be seen in our lounge and cafe here at The Pilgrm. 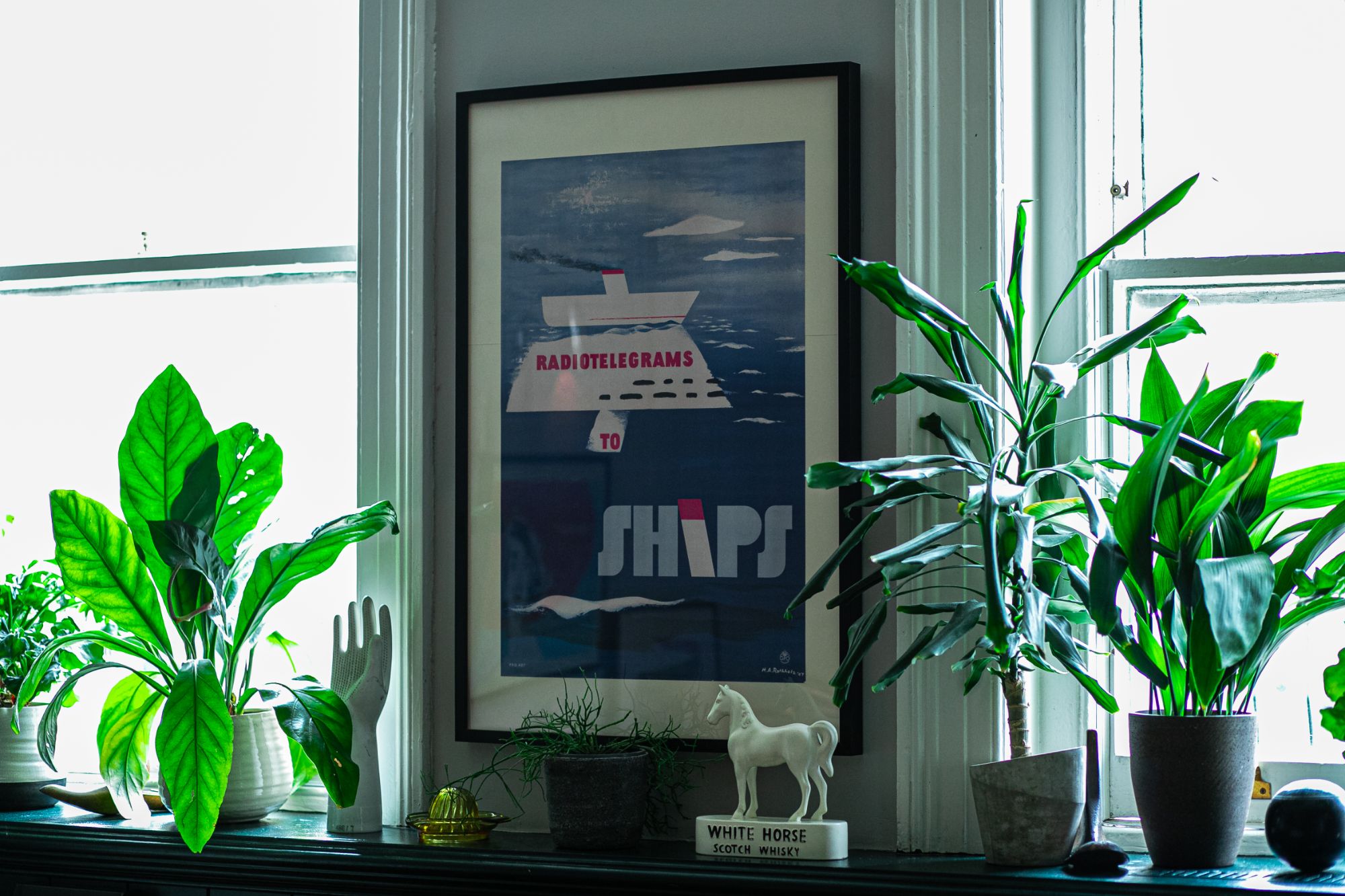 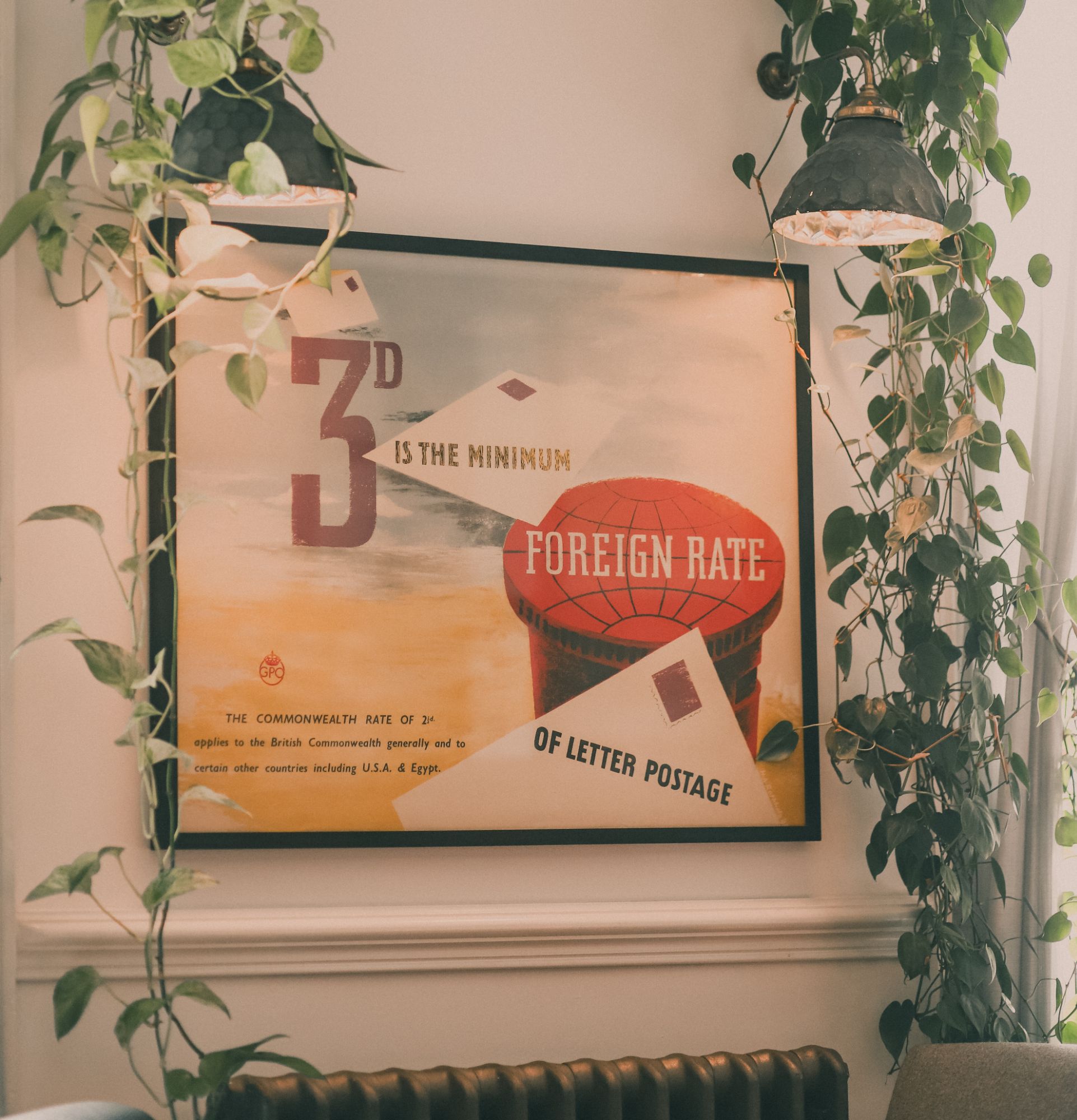 It's the month of romance. Supposedly... So we thought you might need a free glass of wine!

The need for brunch doesn't stop just because it's Christmas! Here are our lounge opening hours during the festive period.

It's hot chocolate season, and this winter it's on us! Book your next stay with the code WINTER for bottomlesss hot chocolate each day of your visit.

Read on >
30th June, 2022 Never-been seen Art by Keith Cunningham now on display at The Pilgrm

We are honoured to invite guests to The Pilgrm to enjoy some of the never-been-seen pieces by Keith Cunningham. A total of 58 of his secretive works currently hang throughout our café and lounge.

This summer, The Pilgrm invites you to take your senses on a trip around the world right here in London at The Sound & Supper Club!

Book your stay this February using the code CHINCHIN and get a free glass of Austrian sparkling white wine on the day of your arrival! Available on bookings from 01.02.23 until 28.02.23.

Sign up to The Pilgrm for good news, edits and invitations to the things we love to share and enjoy.