There was an issue submitting the form.

Please ensure all fields are filled in correctly, or try changing your parameters.

If this issue persists, please try booking by clicking here.

This winter, The Pilgrm has the privilege of displaying the works of the late Peter Denmark.

The self-taught artist, exhibited in London at various venues and galleries from the late 1970s, including the iconic Colony Room Club and The Groucho Club in Soho. His work consists of bright primary colours broken up by bold black lines, creating unique, defined shapes.

Peter’s career in art began in graphic illustration and corporate identity. He continued to work in graphic design throughout his life and helped with producing works such as the BT piper and the Lloyds Bank black horse among many familiar icons. Although painting was his major occupation and passion, commissions for installations at corporate HQs were also undertaken.

One thing that’s particularly interesting and refreshing about Peter, he does not attempt to tell a story and wanted you to take the image as it is. He did not try to market himself or actively and aggressively sell his artwork, which portrays the authenticity and joy that painting brought him.

Before Peter moved to Suffolk, he began experimenting with a series of landscapes, stripping back all of nature and its symbolic elements, and embedding bold horizontal stripes into the canvas. Again within these, he steers clear of narrative, indulging instead in the strength and purity of composition, form and colour.

Stop by The Pilgrm to see Peter Denmark’s work for yourself. Some of it is also for sale, so be quick if you’ve got your eye on something!

You can find out more about Peter here - https://peterdenmark.com/paintings 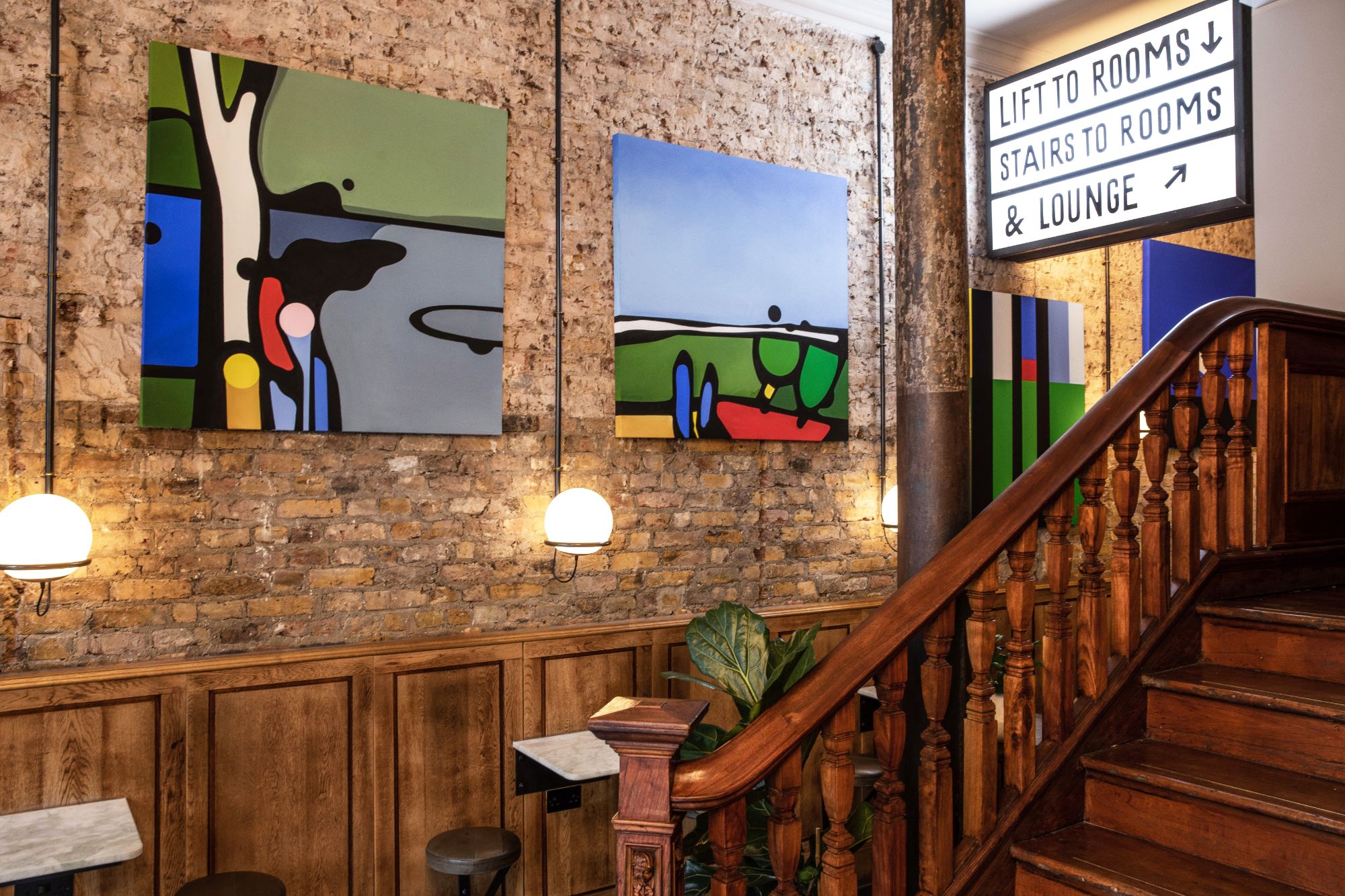 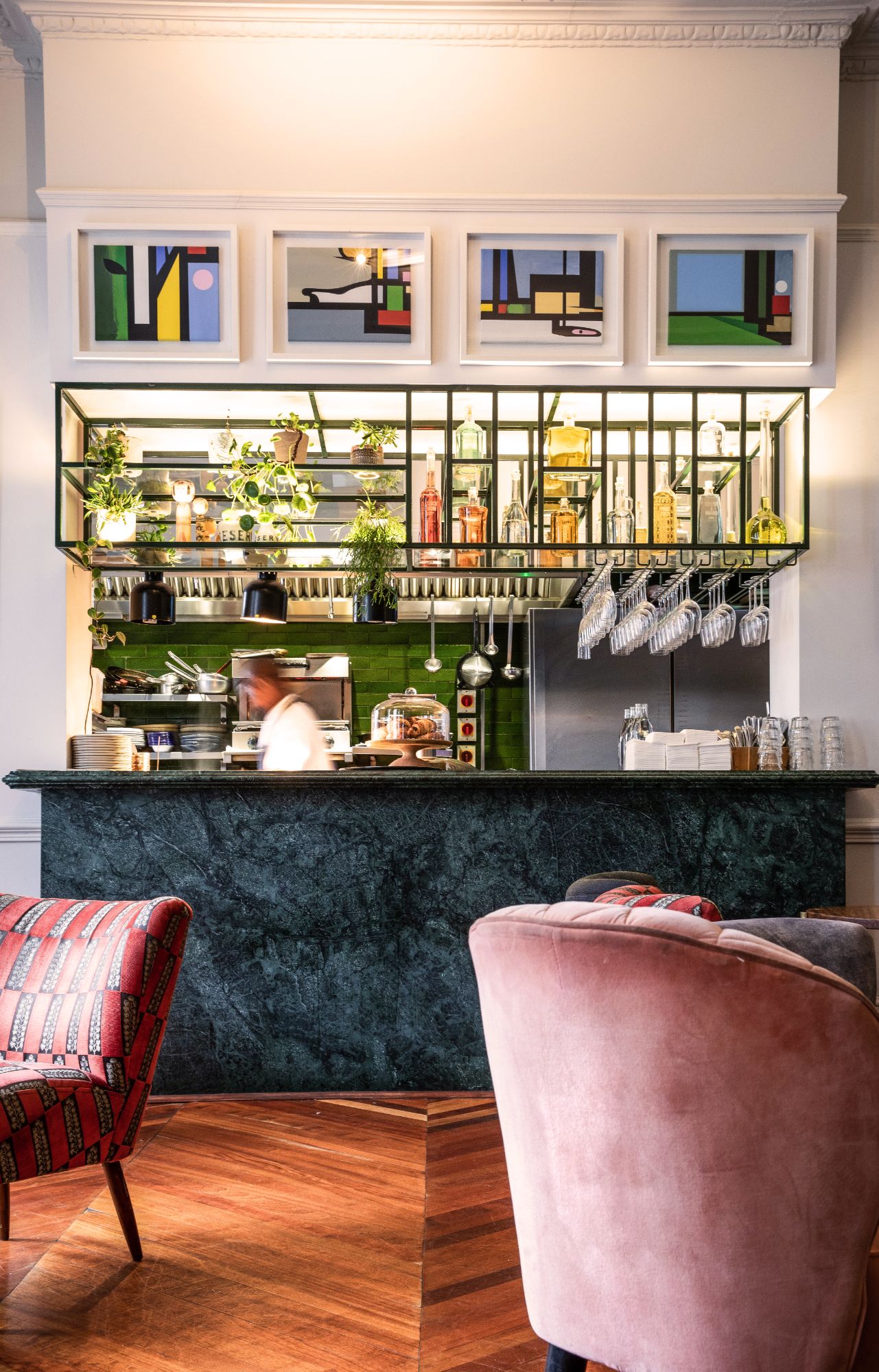 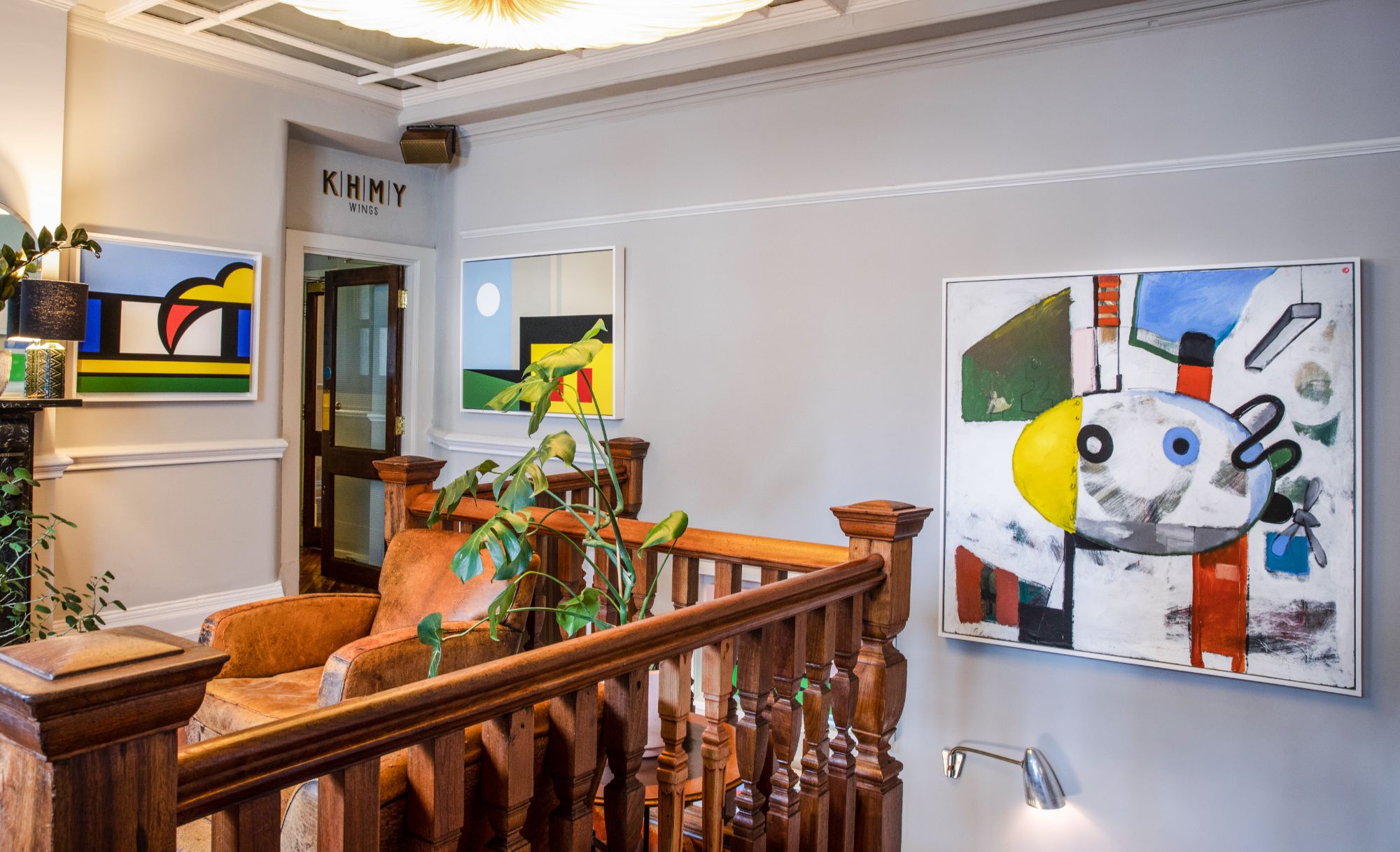 Read all >
30th June, 2022 Never-been seen Art by Keith Cunningham now on display at The Pilgrm

We are honoured to invite guests to The Pilgrm to enjoy some of the never-been-seen pieces by Keith Cunningham. A total of 58 of his secretive works currently hang throughout our café and lounge.

This summer, The Pilgrm invites you to take your senses on a trip around the world right here in London at The Sound & Supper Club!

Summer in the city is calling! Enjoy the sunniest season exploring London with 10% off our rooms and bottomless iced-coffee or chilled lemonade throughout your stay.

We’re excited to be collaborating with the Stockholm-based brand, Aárd, who have created a sustainable multi-purpose soap cube made from 100% natural ingredients for Pilgrm guests.

Joining forces with some of the world’s best cocktail bars is nothing new here at The Pilgrm. So, it won’t come as a surprise that our latest (and maybe greatest) Margarita is brought to you from our favourite new East London haunt, Hacha.

The long-awaited sunshine is here and summer in the city is calling! Book your London stay using code SUNSHINE and get 10% off our rooms with bottomless iced-coffee, or chilled lemonade throughout your stay. Valid on stays between 1 June 2022 - 31 August 2022.

Sign up to The Pilgrm for good news, edits and invitations to the things we love to share and enjoy.